Startseite ⟩ Aktuelles ⟩ Drowning in waste? The concept of Circular Economy shows that there are alternatives 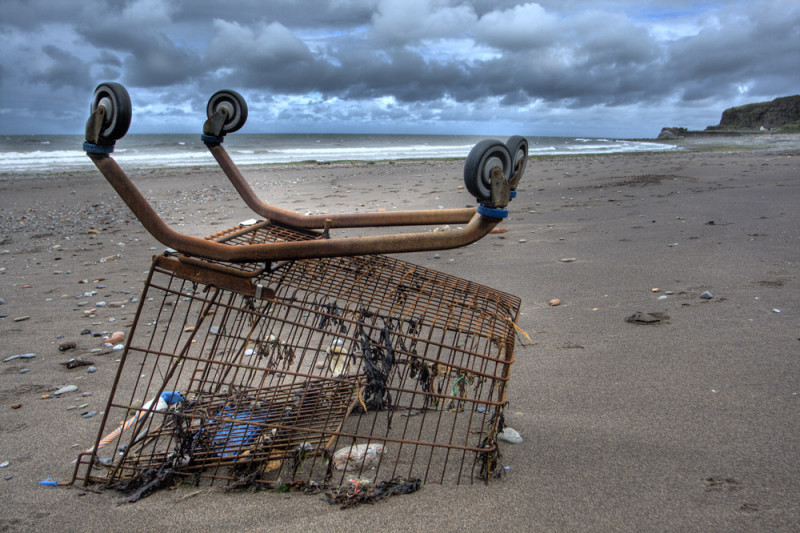 If we do not want the soon to be expected 9 million inhabitants of this planet to drown in their own waste, the planet and our environment not to be strained and polluted in a way it won’t be able to ever recover from, then it is very much obvious that we cannot continue being a throwaway society. That’s no news anymore, it is common sense.

What is still not known and accepted by all is that on the way to turning this around, to changing the way our economies work, realizing the full potential of the concept of recycling, thinking in resource flows, where the waste- and side-products of one sectors can be the basis for production of the other, that such a concept of Circular Economy can indeed result in much added value, in growth and create jobs. Industry is still split over this – politics as well.

Many are just talking about burdens and costs of such a transformation. To us Greens and to a lot of progressive thinking businesses such a transformation is an investment into the future of our societies – and the competitiveness of our economies as well. Let’s face it – there are much more reasons to fight for a circular economy, than to fight for TTIP, the European Commission’s oh-so-favorite project.

Already for a while now there is a battle being waged over these two different perspectives within the European Commission and the European Institutions.  Of course corporate lobbies do play a role. Frans Timmermans, the first Vice-President of the European Commission, acted in their favor when he nullified existing circular economy legislation. Interestingly he did that while at the same time promising  to come up with even better and more ambitious proposals very soon (we will keep reminding him about that promise).

Indeed: More ambition would be needed and be the right solution for the problem – ecologically and economically. But I am convinced: without massive pressure of those that have yet been unheard by Timmermans – his promises will remain empty ones. That is why we have and will stay alert and engaged on that issue.

For an ecological transformation of our economy, for an economy and society that makes use of its resources in a sustainable way, the concept of circular economy is and will stay the key instrument.