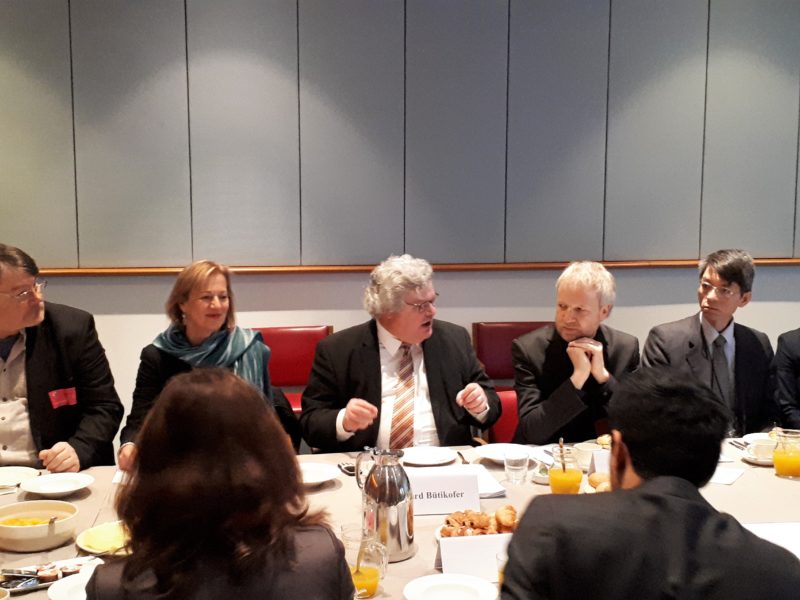 The AIIB has developed into a relevant player in the global financial architecture in record time since it became operational in 2016. By now, 14 EU Member States joined the AIIB as shareholders, which gives them the responsibility to monitor planned investments and the implementation of AIIB-financed projects.

On 3 April, I invited Korinna Horta (Reseacher at the University of Lisbon) to share her analysis of the AIIB during a breakfast event in Brussels. The study with the title “The Asian Infrastructure Investment Bank (AIIB): A multilateral bank where China sets the rules” was commissioned by the Heinrich Böll Foundation in Berlin, where it was also introduced a few days before.

The study examines the AIIB’s guidelines to assess whether the bank is on track to deliver on its promises to become a “lean, clean and green” development bank and whether it can meet its commitments to international environmental and social standards. The analysis also takes into account the potential of the bank to shape infrastructure investments in Asia, especially in the context of China’s Belt and Road Initiative (BRI). The study concludes: “With the establishment of the AIIB, China has created a multilateral instrument where it sets the rules. It has also created an instrument with the potential to better advance Chinese interests than pursuing a unilateral course, which relies solely on its own economic might. It would be highly disingenuous to consider the AIIB as just one more multilateral player that is separate from China’s opaque political system.”

Together with the participants, we discusses the following questions: What steps can the EU stakeholders and the EU take in shaping the AIIB’s role as an international development bank and its commitment to environmental and social accountability? What can practitioners learn from this study? How can the EU get more closely involved in monitoring the AIIB’s activities?

You can find the study here on the website of the Heinrich Böll Foundation.