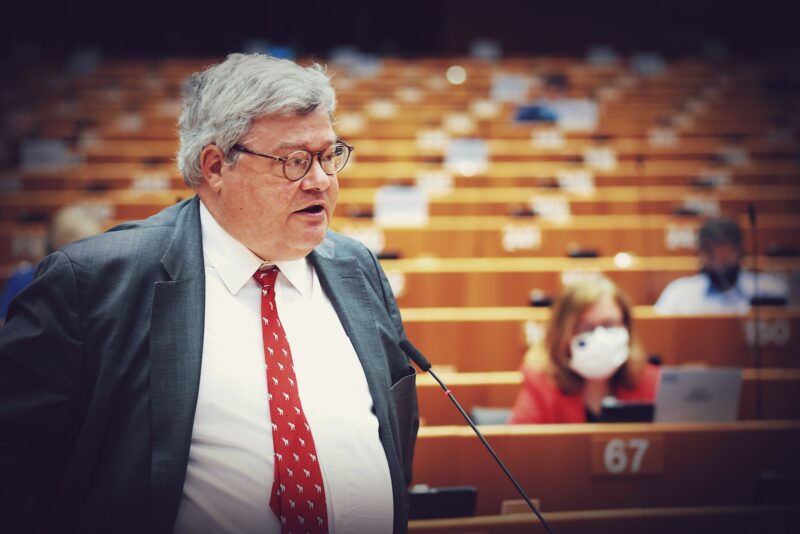 “The Foreign Affairs Council and the General Affairs Council of the EU must prove this week that it is possible to translate the determination to act demonstrated at the G7 meeting in Liverpool into EU policy. First and foremost must be unwavering solidarity and support for Ukraine. Russia’s President Putin will only decide against a renewed invasion if he actually faces decisive and severe political and economic consequences for such aggression.

Second, the Foreign Affairs Council should explicitly support the Global Gateway Strategy of the EU Commission and the European External Action Service. It is part of a necessary new geopolitical positioning of the EU. It is also clear that member states must be effectively involved in this.

Third, a clear signal in favor of a diplomatic boycott of the Beijing Olympics would be necessary, whatever the exact name of that boycott may be. European politicians must not fill the gaps that others create through their diplomatic boycott.

At the General Affairs Council, the opening of a new cluster in the accession process for Serbia is to be decided. This does not strengthen, but rather weakens the credibility of the EU. In view of the separatist policy pursued by Bosnia’s Serb leader Dodik with support from Belgrade, it would be right to send a clear stop signal. The Serbian world must decide whether it really wants to move closer to the EU or go the Russian way. You can’t have both at the same time.”