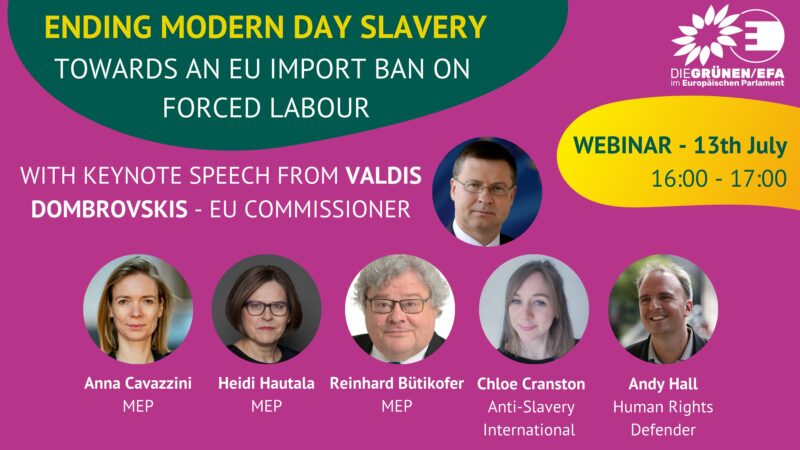 Around 25 million people are estimated to be in forced labour around the world. The products they make often land in the European market, and so we unwillingly consume and contribute to this exploitation. But this should not be the case! The European Parliament has called several times for a new EU instrument that allows for import bans on products related to forced labour. The US already has such a tool in place. In late 2020, the Greens/EFA Group published a study examining different ways this could be implemented at EU level. A few months later, the European Commission committed to an impact assessment to investigate effective action and enforcement mechanisms to ensure that forced labour does not find a place in the value chains of EU companies.In this webinar, we will hear from EU Trade Commissioner Valdis Dombrovskis on the state of play on EU trade policy and forced labour. After his keynote speech, he will discuss this issue together with MEPs Anna Cavazzini, Heidi Hautala and Reinhard Bütikofer and with human rights defender Andy Hall, and Anti-Slavery International’s business and human rights manager Chloe Cranston. Join us!