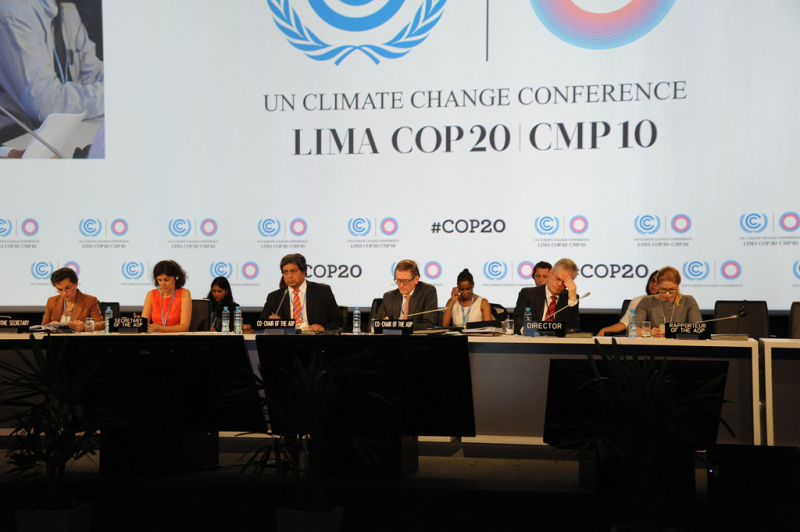 For the EU Energy Commissioner Cañete the outcome of the UN climate conference in Lima was a good success. A similarly positive bottom-line was drawn by the German Environment Minister Hendricks. Indeed, there are national representatives galore who are congratulating themselves for a list of achievements that in reality fall far short of what would have been necessary. They are acting collectively like the famous Emperor in the fairy-tale soliciting everybody to praise his new clothes. But the Emperor is mostly naked.

Interestingly it is voices from many environmental groups as well as the business community that are calling the bluff. Doing it for different reasons but nonetheless they are both right. The big breakthrough towards finding international agreements over reining in runaway climate change is still eluding us. Most serious observers assume that it would amount to the 8th world wonder of modern time if next year’s conference, COP21 in Paris, would be blessed with a result much different.

It would still be stupid to give up on these climate conferences even though they have always fallen short of expectations. Climate conferences like this, with 195 countries participating plus many other actors are useful in two ways. First, they serve as an opportunity for raising awareness. Unfortunately, every politician who feels obliged to praise in overly positive terms the small results that have been agreed is undercutting that educational relevance. Oh, that they were bold enough to own up to the shortcomings! They would not only be more credible, they would also be strengthening the basis for failing better next time. Secondly, climate conferences serve as a mirror. They show us how much or how little our societies, our political systems and our business communities have progressed towards integrating the climate imperatives into their specific rationale or, to say it figuratively, how far the mole has advanced in digging.

The real change will not be won at a climate conference. It has to be done domestically. 195 times. At least. This is our task. And this is what we, as European Greens, together with numerous allies, will mobilize for throughout 2015. In the past Europe’s will to be an international leader on climate change policy had been stronger than it’s been recently. Europe’s role in this regard has been waning now for years. That we want to reverse.

On the very same day that the German Environment Minister used to praise her own role in Lima notwithstanding the fact that she left early, the German Federal Environmental Protection Agency published the most recent figures about German carbon-intensive subsidies, benefitting different economic actors, in driving climate change instead of slowing it down. According to these figures more than 50 billion euros a year are being spent on such atrocious subsidies. How much climate solidarity with poor countries could be financed if we reverse course here? How much economic loss could be avoided by divesting from the carbon bubble? How many jobs could be created by investing heavily in efficiency technology and renewable innovation?

We have our work cut out for us. Next year in Paris we will see how far we got.