Startseite ⟩ Aktuelles ⟩ NSA Scandal: “The stone they have lifted has dropped on their own feet” (Video) 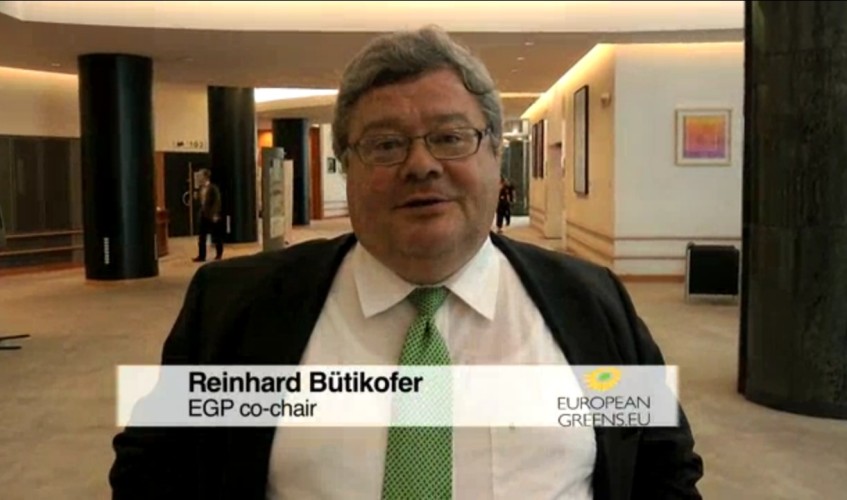 The data scandal that we have experienced over the last week between the US and the EU is by no means solved. There isn’t even – as far as we know – an earnest effort on the part of the US government to own up to all the mistakes they made. There is very vague language with some of our European governments as to what kind of discussions they are pursuing with Washington and still this week TTIP – the Transatlantic Trade and Investment Partnership – negotiations have started in Washington.

Greens and other voices had asked for a postponement of these negotiations till we have more clarity with regard to the data privacy issues and the scandal that has evolved around it. That did not happen. But even though the governments were not willing to listen to these voices from civil society, ironically – you could argue – that in spite of all that, data issues are already enjoying a higher rank in the context of the negotiations than had been foreseen before the scandal broke.

The EU has been trying to negotiate a framework agreement with the US about data issues for some time now. The US dragged their feet, postponed the issues, pushed it back, kicked the can down the road as they say. Now in the context of the Snowden and PRISM scandal they have accepted to synchronize the TTIP negotiations with data negotiations. So already the tactics of those who thought that they might postpone the data issues to a later stage when possibly no one would be willing anymore to risk a breakdown of the negotiations progressed to a large degree and then we Europeans would be somehow forced to accept a very weak or no agreement on the data privacy issues. That has failed.

This is an effect and I would not underrate that. I am convinced that the European public has to be attentive – yes. But we now have the chance of giving the data issues a much higher priority than had been foreseen for these conversations in the first place. So I think it is fair today to say there is probably not going to be an acceptance in the European public, there is not going to be a majority in the European parliament for a TTIP agreement, whatever else the content would be, that does not take account of the data issues that we have been involved with so much over the last couple of days and weeks.

In a way it goes according to the old Chinese saying: The stone that they lifted up has dropped on their own feet. I don’t want to be overly optimistic, it will be very strenuous negotiations I am sure. But I think we should not be frustrated by the fact that we have not been able to hold up the beginning of the negotiations. Focus on the demands we have! In this sector as in all the others. And make sure that we have a good communication with the critical European public. And strengthen our relations with the critical voices in the US also, collaborate with them to pursue a transformative agenda.

I am not willing to concede that TTIP is just about their priorities, I think we should make sure, that we clearly express what our criteria are, draw red lines and if these criteria are not met, be ready to say NO. Fight for what you stand for. This has always been a successful strategy for Greens, we should also apply it here. And I think they will have to pay a price for the transgressions. And this would in the end be – I think…no, I don’t want to jump too far ahead, but let’s fight!