Startseite ⟩ Aktuelles ⟩ “If we will not be united, they will hang us” – Report on EU event with Luděk Niedermayer 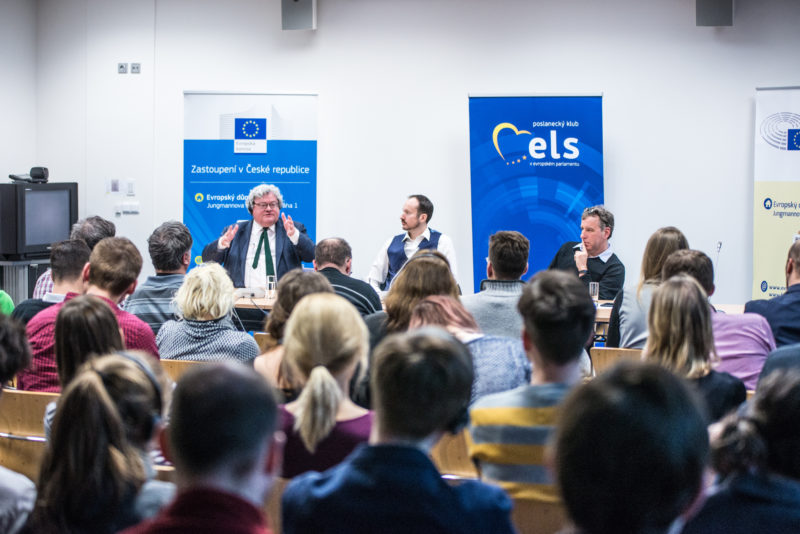 The European Union is a community of 28 members states of different ideas, policies and expectations. What ties these countries together? The project of a common Europe that is safe, stable and prosperous, which sometimes comes at the price of hard, negotiated compromises. This is exactly what MEP Luděk Niedermayer (TOP 09/European Peoples Party) and his guest from Germany, MEP Reinhard Bütikofer (Group of the Greens Zelených/ European Free Alliance), talked about last Friday at the European House in Prague.

The moderator, Radko Hokovský, from the think-tank Evropské hodnoty, began the evening with a question. What are the three most important things the EU provides to its citizens? MEP Reinhard Bütikofer thinks it is solidarity, stability and sovereignty. “In today world two types of countries exist in Europe – small countries and small countries, which still do not know that they are small. If they want to protect their sovereignty and push for their interests, they have to cooperate,” MEP Reinhard Bütikofer explained further.

MEP Luděk Niedermayer added his experience with the Chairman of the German Bundestag Wolfgang Schäuble: “He told me, if Germany would not be a member of the EU, it would be insignificant. It really surprised me that he is the one, who would say something like this.” For MEP Niedermayer the most important advantage of the EU is the future that we have thanks to the EU. A future built on a foundation democratic values, freedom, security and peace. At the same time, he also values the economic aspects of the EU, when the common market greatly helps the Czech economy. “Our strength is not in large companies, but in small and medium-sized enterprises, which are the spine of the EU” added MEP Bütikofer, which focuses on industrial policies.

Later, the MEPs address the opposite question about the biggest weaknesses of the EU. MEP Bütikofer said “I see them in the social, international and defense policies. The Common Market and Monetary Union have been changed, but the system of social security has not been secured for everyone. In my opinion it is a reason for the rise of populist today.” MEP Niedermayer agreed that there is no will to harmonize social areas, but that it is connected to the different tax systems. Both believe that it is vital to effectively invest in the common defense. This is also true about the migration policy.

MEP Luděk Niedermayer thinks that the biggest weakness is a lack of courage to make big political decisions. “We are discovering that for the really big question, the only effective answer is a common solution, which does not have to be popular, and therefore we often do not do enough and doing it too late.” In the Czech Republic, courage is missing to make the big decision to accept the Euro. The economic benefits are clearly larger than the downsides. “The Euro is also a political and strategic question today. The countries with Euro can have a bigger influence,” MEP Bütikofer pointed out other aspects.

The evaluation of the European Union and lack of courage for political decision making, according to the MEPs, is also connected to the insufficient information about the EU in the member states. “In 2009, people would say, if you have some political grandfather with merit, send him to Brussels. I think this has changed now, but the amount of information the citizen is getting is smaller,” said MEP Reinhard Bütikofer. In the same time, he appreciated the cooperation between the Members of the European Parliament and the Members of the German Parliament. “There are only two Czech journalists in Brussels. Then it is very hard to convince people the EU is a good thing,” added MEP Luděk Niedermayer, who mentioned the public opinion poll by Barometr from 2016, where only 33% of Czechs consider the EU a good thing (tough 60% of the respondents believes that the Czech Republic benefits from EU membership).

According to MEP Niedermayer this negative mood is also caused by the politicians: “Governments in Europe plays the same game. They collect credits for successes and blame Brussels for all the problems. But then when we look at the voting in the Council we found out that the Czech ministers vote almost at all cases yes.” MEP Reinhard Bütikofer also added his experience: “In some countries, there are people who strongly oppose the EU, but there are no people who would energetically support it. That showed in the case of Brexit.”

People who already have the “Brussels experience” could help with changing this. “If we, in our group in the European Parliament, do not have a reason to be against some proposal, then we are not, even if it is a different group’s proposal. I really appreciate this approach. When I was a member of the German Parliament, I did not see this very often,” mentioned MEP Bütikofer. “European Union is a group of countries, which tries to find compromises. There is a constant effort to try to understand what everyone wants and find a common solution. We miss this in the Czech Republic,” added MEP Niedermayer, who also thinks that the politicians cannot only look at what divides them.

In the end of the debate, also the fragility of the whole project was mentioned. MEP Bütikofer reminded the audience the quote by the 3rd American President Thomas Jefferson “If we will not be united, they will hang us” and draw a comparison to the functioning of the EU. “We have to realize that Europe is us, not them. We have to actively enter the debates, propose changes and bring solutions, not only criticism. In the time of hoaxes and semi-truth statements only criticism is even more dangerous,” said MEP Niedermayer, ending the debate.

You can watch the whole debate in Czech here.

Together with MEP Niedermayer I will follow up on this debate in Dresden. The event will be at the 17th of September. Please mark in your Calendar! 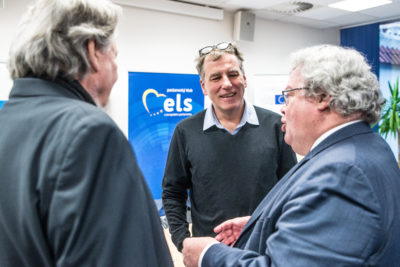 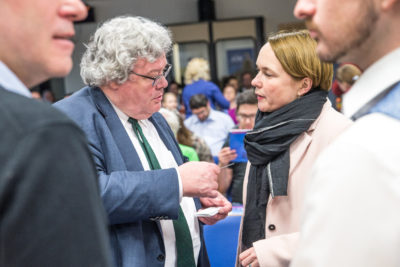 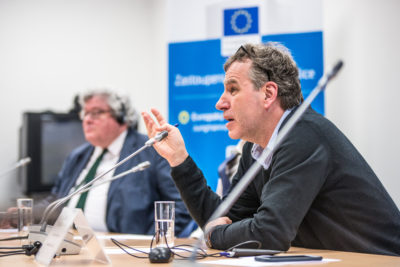 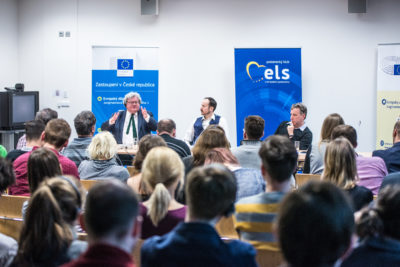 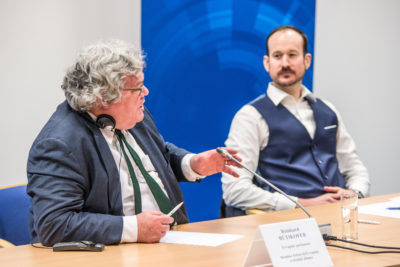